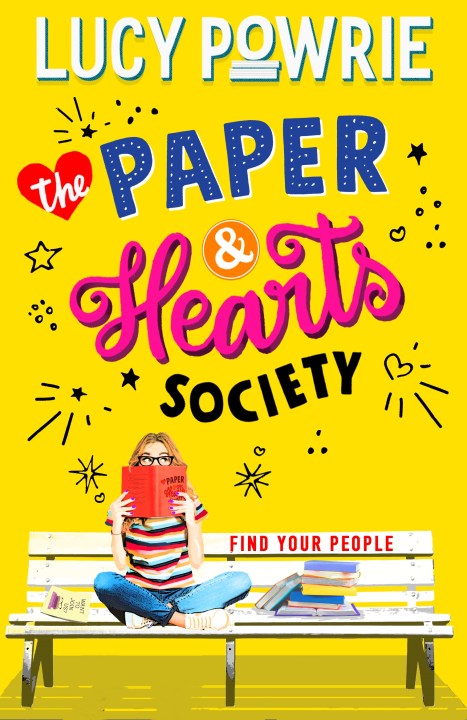 Meet some of the most exciting voices in young adult literature during a special panel discussion with authors Lucy Powrie (The Paper & Hearts Society), Alexandra Sheppard (Oh My Gods!), Kate Mallinder (Summer of No Regrets), and Gill Stewart (Lily's Just Fine) on the eve of the Young Adult Literature Convention (YALC), YA's biggest convention of the year. Sitting down with award winning book blogger Michelle Toy, the panel will explore the topic of Empowering Teens in YA, focusing on characterisation, storytelling and representation as means of encouraging young peoples' creative expression through reading. The Paper & Hearts Society by Lucy Powrie: When Tabby Brown joins a book club she hopes it'll be the place where she can fit in. But making new friends gives her an awkward buzzing feeling all over. Fortunately there's something about Olivia, Cassie, Henry and Ed that makes her feel better. Is it the Austen-themed fancy dress? It is fluffy cat called Mr Simkins? Or could it be Henry himself? Lucy is a blogger, YouTuber and creator of #ukyachat. She won the UK Young Adult Blogger Award for Champion of YA in 2015. Oh My Gods! by Alexandra Sheppard: Helen Thomas is a half-mortal teenager who's just moved in with her dorky dad and self-absorbed older siblings-who just happen to be ancient Greek gods, living in secret in London! As her family's chaotic behaviour threatens to blow their cover Helen must keep them under control not to lose her new friends and her chance to live a half-normal life. Alexandra is an author of young adult books and social media strategist who has worked on dozens of award-winning social media campaigns. She lives in North London. Summer of No Regrets by Kate Mallinder: After their exams, best friends Sasha, Hetal, Nell and Cam pledge to live a regret-free summer doing whatever they want, however much it scares them. But as the summer wears on and their choices become difficult and dangerous they will need to turn to each other for the strength to face the future. Kate lives with her husband, four children and their two cats in Leicestershire. The Summer of No Regrets is her first book. Lily's Just Fine by Gill Stewart: Lily couldn't have planned life better. She lives in the best house in town and she's dating the most popular boy in school. Tom has a lot on his plate. His sister is sick and there's nothing anyone can do. Not his parents, not his teachers and certainly not Lily Hildebrand... Gill is the author of nine novels for adults and teenagers. Her romance novella was shortlisted for the Joan Hessayon Award in 2009. The event will be followed by a book signing and photograph opportunity with all the authors. Tickets: £5 Standard Venue: Lower Ground Floor, Foyles 107 Charing Cross Road
https://www.foyles.co.uk/empowering-teens-in-ya
Kensington Olympia
London
W14 0NE
UNITED KINGDOM