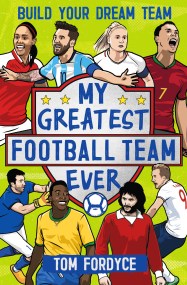 My Greatest Football Team Ever

The greatest football team ever. Managed by you. Here are the finest players that have ever lived, in every single position, fighting for a place…