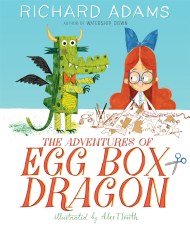 The Adventures of Egg Box Dragon

From the author of Watership Downcomes an enchanting picture book about the adventures of a mischievous homemade dragon. Whatever you've lost, Egg Box Dragon will…