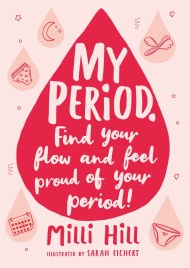 The one stop guide to getting your period. Getting your first period can be exciting - but there are a lot of questions you might…