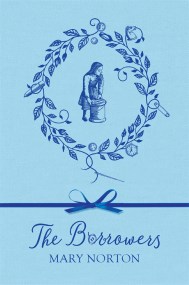 A beautiful hardback gift edition of Mary Norton's classic children's story, THE BORROWERS, including the original artwork by Diana Stanley and a stunning cloth-bound cover…

Deep beneath the floorboards lives the tiny Borrower family - Pod, Homily and Arrietty Clock. Everything they have is borrowed from the humans above them,…