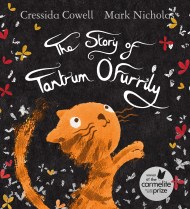 The Story of Tantrum O'Furrily

Written by Cressida Cowell, creator of the bestselling How to train Your Dragon series and with beautiful illustrations by Mark Nicholas, winner of the Carmelite…