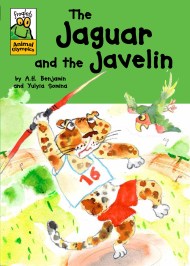 Froglets: Animal Olympics: The Jaguar and the Javelin

Jaguar is brilliant at just about any sport...except for the javelin! For some reason he can't quite get the hang of it, no matter how…