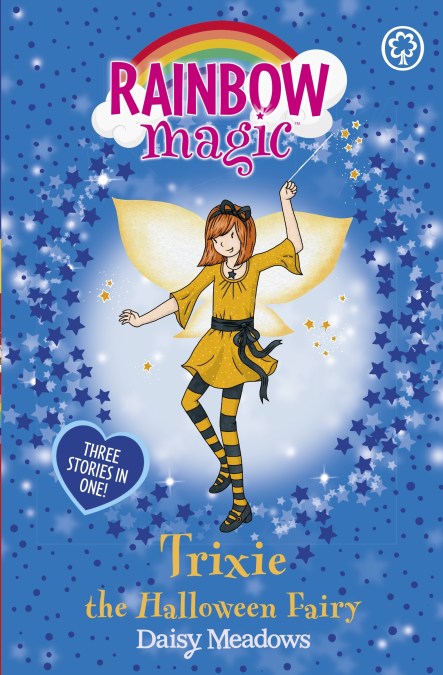 Illustrated by Georgie Ripper by Daisy Meadows
Get ready for an exciting fairy adventure with the no. 1 bestselling series for girls aged 5 and up.

Trixie the Halloween Fairy makes sure that Halloween is fun-filled and exciting for everyone!
But when a gang of greedy goblins steal Trixie’s Enchanted Sweets, all Halloween plans are thrown into chaos. Can Kirsty and Rachel help Trixie find the Enchanted Sweets before this special day is ruined for everyone? 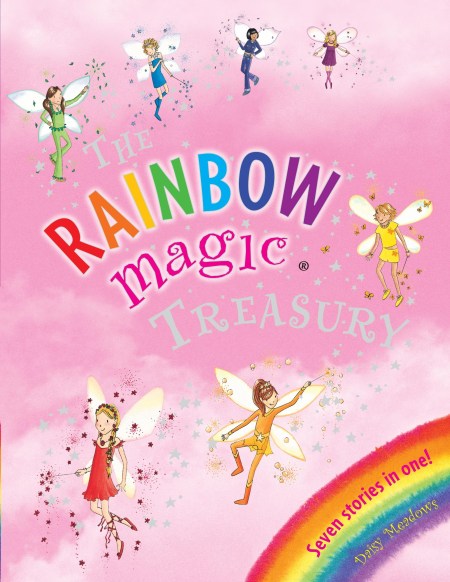 Illustrated by Georgie Ripper by Daisy Meadows
Seven sparkling, illustrated fairy stories make up this Rainbow Magic Treasury. Originally published as the first seven titles in the Rainbow Magic series, the stories have been abridged for this fantastic book. With colour illustrations throughout, this book makes the perfect gift! 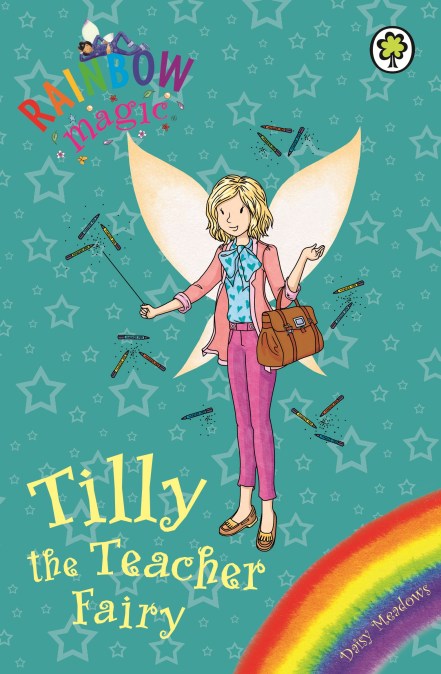 Illustrated by Georgie Ripper by Daisy Meadows
Tilly the Teacher Fairy brings happiness to schools everywhere. But it all starts to go wrong when naughty Jack Frost steals her three magical objects! Can Rachel and Kirsty stop him and make school fun for everyone again?
There’s a fairy laptop, a magic apple and a twinkly folder inside this book. Read on to see if Kirsty, Rachel and Tilly can find them! 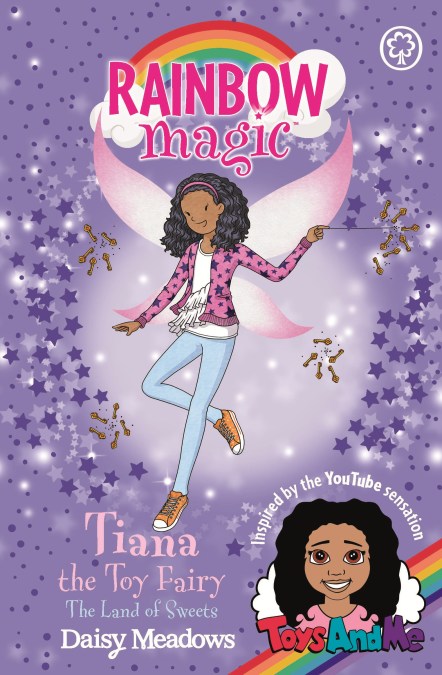 Rainbow Magic: Tiana the Toy Fairy: The Land of Sweets

Join Kirsty and Rachel for another adventure with Tiana the Toy Fairy! When Jack Frost steals Tiana’s magical candy key, the magical Land of Sweets is under threat. Can the three friends get it back before Fairyland turns sour? 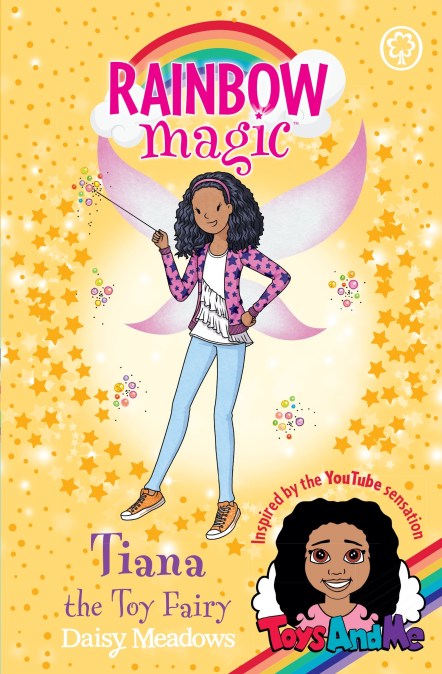 Tiana’s special magic looks after toys and fun times everywhere. But when naughty Jack Frost steals her shiny magical marble, toys everywhere stop working the way they should, and ruin everyone’s fun! Kirsty and Rachel must travel with Tiana to the magical Land of Toys and help find Jack Frost and his goblins, and get the marble back. 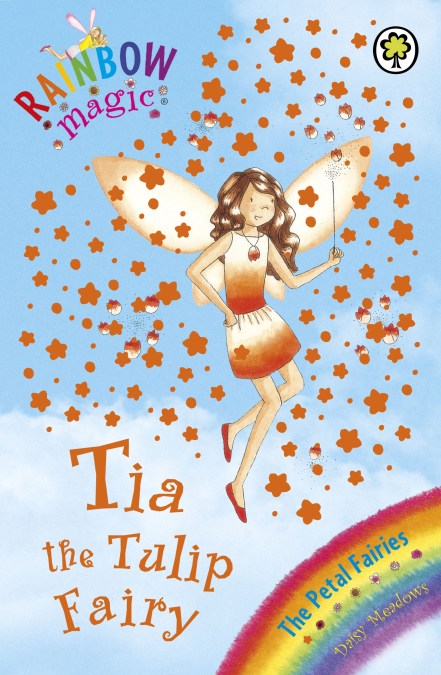 Illustrated by Georgie Ripper by Daisy Meadows
The Petal Fairies have a very important job – together with their magic petals they help to make sure that flowers grow and bloom in the human world. But after Jack Frost sent his goblins to steal the magic petals in the hope they would help to grow flowers in his cold and dreary ice castle, the petals have ended up scattered in the human world. Rachel and Kirsty must help the Tia the Tulip Fairy, Pippa the Poppy Fairy, Louise the Lily Fairy, Charlotte the Sunflower Fairy, Olivia the Orchid Fairy, Danielle the Daisy Fairy and Ella the Rose Fairy to find their magic petals before the goblins get their hands on them. But this time Jack Frost has given the goblins a wand to help them – he’s determined to get those petals before the fairies do, whatever it takes!
Will the girls be able to find Tia’s magic tulip petal first? 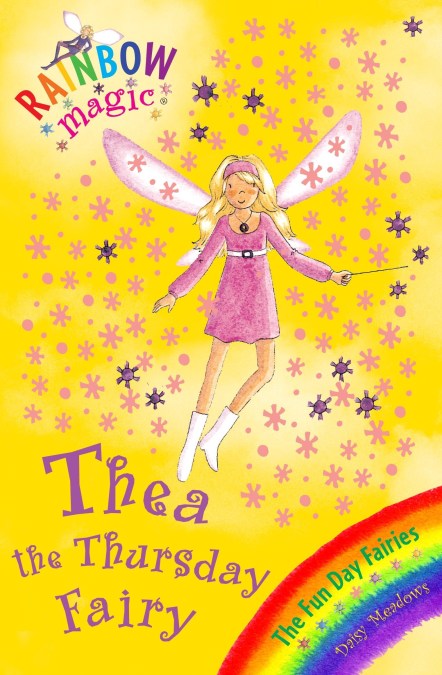 Illustrated by Georgie Ripper by Daisy Meadows
Naughty Jack Frost has stolen the seven Fairyland Fun Day Flags! In this book, Thea the Thursday Fairy needs Kirsty’s and Rachel’s help to rescue her flag from an aquarium… but the girls must watch out for the sharks! 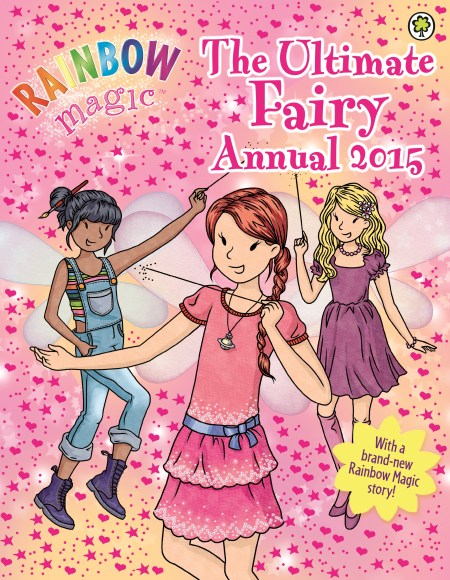 by Daisy Meadows
Inside this fantastic Rainbow Magic Fairy Annual there are lots of games, puzzles and activities – just for you! Including profiles of all your favourite fairy friends, this is the perfect gift for every Rainbow Magic fan. 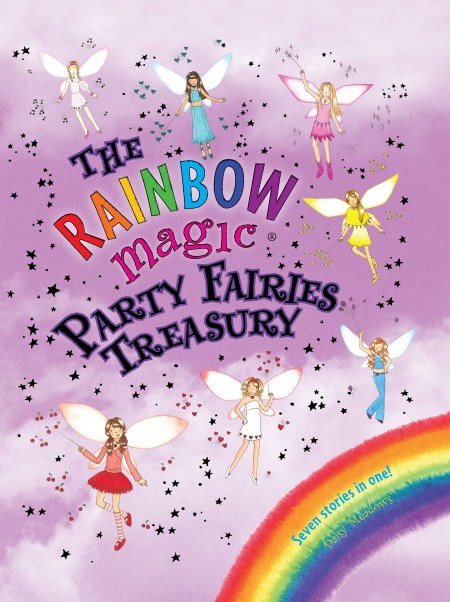 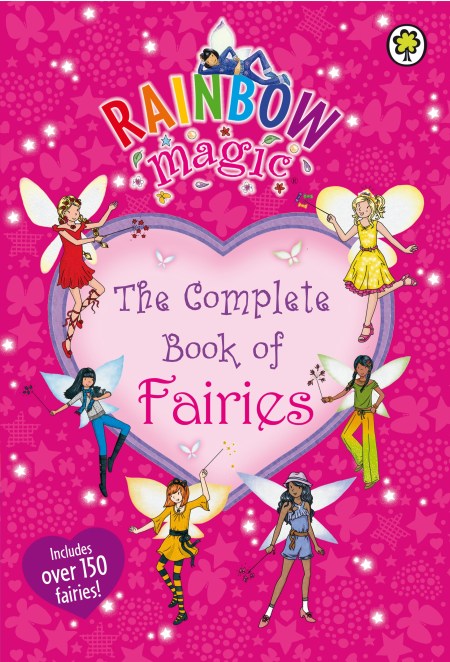 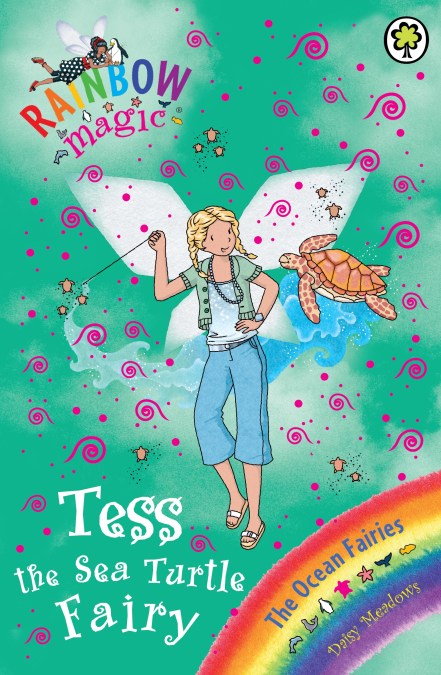 Illustrated by Georgie Ripper by Daisy Meadows
Rachel and Kirsty are visiting Kirsty’s grandmother by the sea for their spring break. One morning they spot a very sparkly shell on the beach and it whisks them away to Fairyland! It’s the occasion of the yearly Ocean Gala, where Shannon the Ocean Fairy plays her Magical Golden Conch Shell to ensure that the seas and oceans remain peaceful and ordered for the year ahead. But Jack Frost is there to ruin things for everyone! His pesky goblins break the Magical Golden Conch Shell into seven pieces as they try to steal it and the pieces are whisked away into the oceans of the human world. Queen Titania uses her magic to send seven magical sea creatures to guard the pieces of the shell, but the Ocean Fairies, and Rachel and Kirsty must get the pieces back before chaos takes over the oceans! Can they outwit Jack Frost and his goblins and make the oceans a safe and happy place for everyone once again…?

In this fifth book in the series, Tess the Sea Turtle Fairy must find her missing creature and track down another missing piece of the shell, with the help of Rachel and Kirsty. 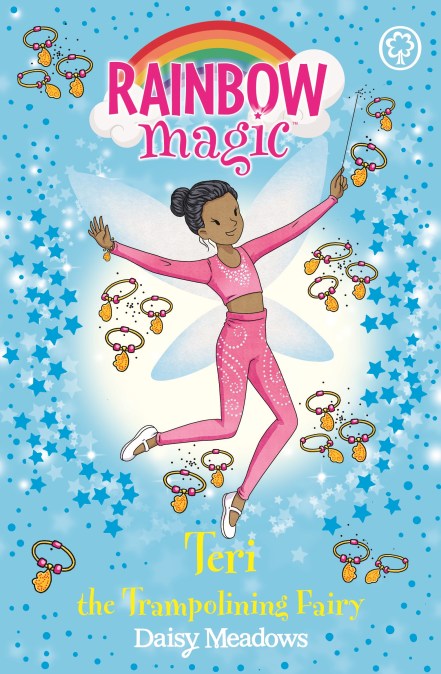 by Daisy Meadows
Get ready for an exciting fairy adventure with the no. 1 bestselling series for girls.

Everyone is very excited for the opening of the Tippington Leisure Centre! Teri the Trampolining Fairy is full of bounce, until Jack Frost steals her magical item. Can Rachel and Kirsty help Teri defeat him and put back the spring in her step?

If you like Rainbow Magic, check out Daisy Meadows’ other series: Magic Animal Friends and Unicorn Magic!
Previous Page Next Page